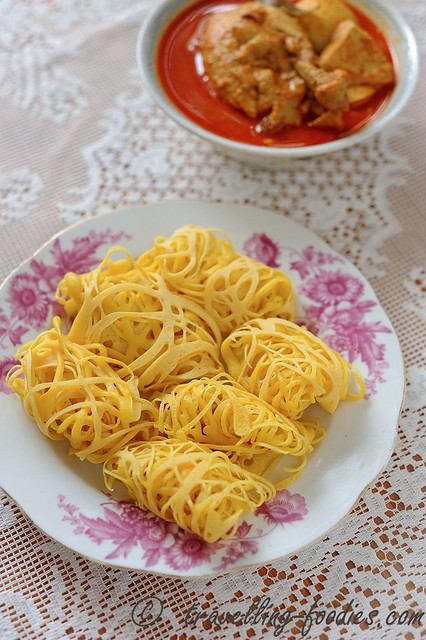 I’d been revisiting some of the old recipes I’d blogged about before recently. Sometimes, its because some friends had shared with me a “discovery” or “revelation” about a dish which I knew which prompted me to relook at it. Otherwise, it is simply because I have a craving for it. Roti Jala is one of those things which you’d miss eating once in a while. I turned an ayam peksak (poached chicken) from my mum’s semayang see kee (death anniversary prayers) into a pot of kari ayam, the best excuse to make some roti jala to go along.
END_OF_DOCUMENT_TOKEN_TO_BE_REPLACED 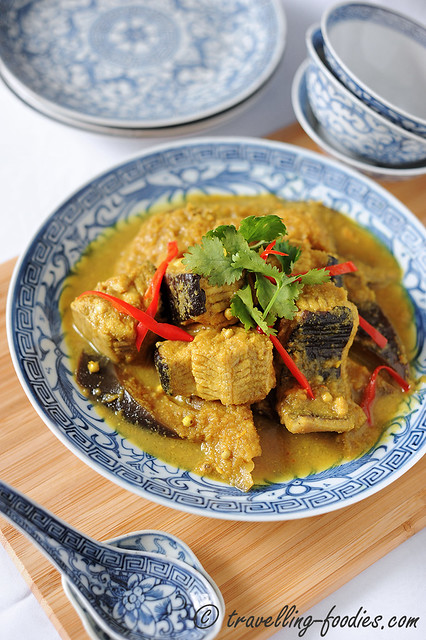 Ikan Pari Kuah Lada is a typical dish for everyday meals in a Peranakan household in Melaka and Singapore. It is essentially stingray cooked in a peppery sauce. The piquant flavours carried through the liberal use of white peppercorns and tamarind (asam jawa) makes the sauce (kuah) an excellent drizzling onto some piping hot steamed rice. Being spicy and tart at the same time makes it really moreish for more helpings of rice!
END_OF_DOCUMENT_TOKEN_TO_BE_REPLACED

Most of us know that Penang, Melaka and Singapore are the three strongholds of Peranakan culture in this region. This not only stems from the long withstanding establishment of the Straits Chinese communities in there three places but more importantly in recent years, the fervent promotion of Peranakan culture by the tourism-related authorities in Singapore and Malaysia. However, the existence of Peranakan culture outside these three places is much much lesser known let alone their culinary heritage. So when I first read about Telur Kesum, a Kelantanese Peranakan dish, it got me very curious.
END_OF_DOCUMENT_TOKEN_TO_BE_REPLACED