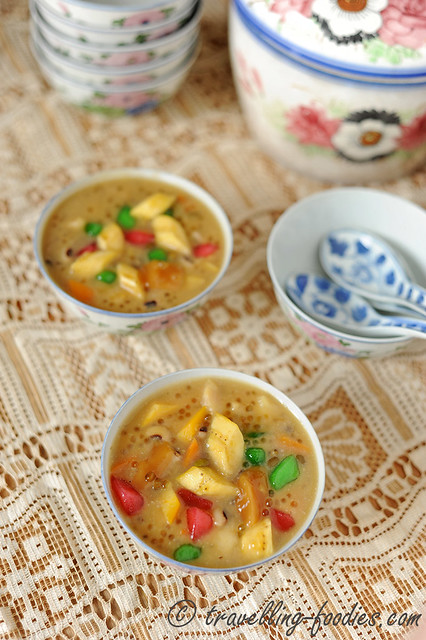 On the Trail of the Phoenix – Kueh Bakol (Tnee Kueh) 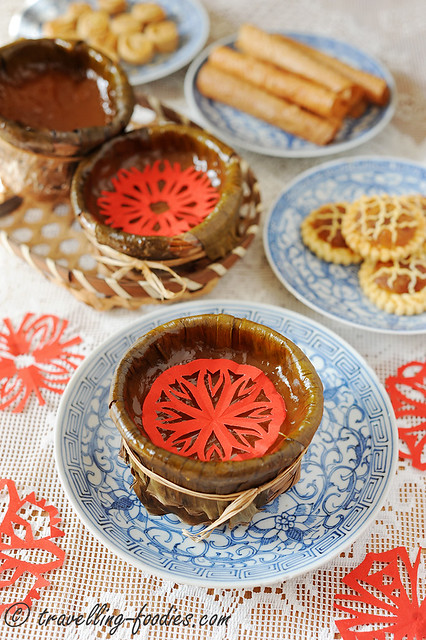 One of the main “highlights” of Chinese New Year has always been the making of traditional cookies and snacks which are otherwise seldom prepared throughout the rest of the year. About two or three weeks before Chinese New Year, usually a week or so after Tang Chek, my aunts would “assemble” at Grandma’s place to make a big batch of these CNY goodies, roping in some of her good old neighbours for the tedious task as well, with whom the goodies would be shared around with at the end. The familiar New Year delicacies include the ever popular kueh tair (pineapple tarts), kueh belanda (Nyonya love letters), kueh bangket, kueh bolu, peanut cookies, almond cookies etc. They work fastidiously round the clock with much precision like a factory production line, but yet being able to maintain a cheery banter, packing the entire kitchen with not just that annual indulgence of buttery and nutty aromas but also filled with much laughter and loud chatter. However, there is that one kueh which Grandma would prepare single-handedly all the while, until age eventually catches up with her and the task was “inherited” by one of my aunts but not without the ever watchful eye of Grandma.  This is kueh bakol, the most important of all these festive kuehs which are continuously churned out over that fateful hectic weekend, for it is food not made for the mortals, but for the gods.
END_OF_DOCUMENT_TOKEN_TO_BE_REPLACED