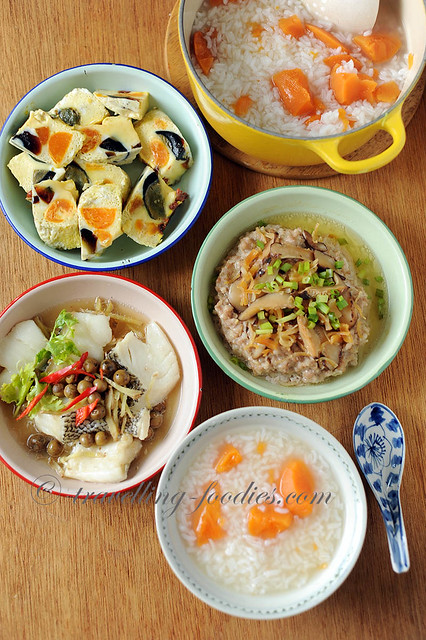 Been really busy with my kueh and food orders over the last couple of months which left this blog somewhat neglected. My own homecooking as well incidentally, ended up feeding others more often than myself. This week is slightly more relaxed with the orders consolidated somewhat over the weekend mostly which spares me some time to treat myself a little better. The weather’s been excruciatingly unforgiving the last couple of weeks despite coming to the end of the year soon so porridge seems to be a pretty good idea. Here’s a quick update of my homecooked 清粥小菜 porridge lunch today with 2 simple dishes… END_OF_DOCUMENT_TOKEN_TO_BE_REPLACED

Bubor Cha Cha, Chendol and Pulot Itam, just to name a few, are some of the favorite chuchi mulots around, but my absolute “to cook the soonest and enjoy the fastest” so as to to curb that sweet tooth craving, has to be Pengat Pisang.
END_OF_DOCUMENT_TOKEN_TO_BE_REPLACED