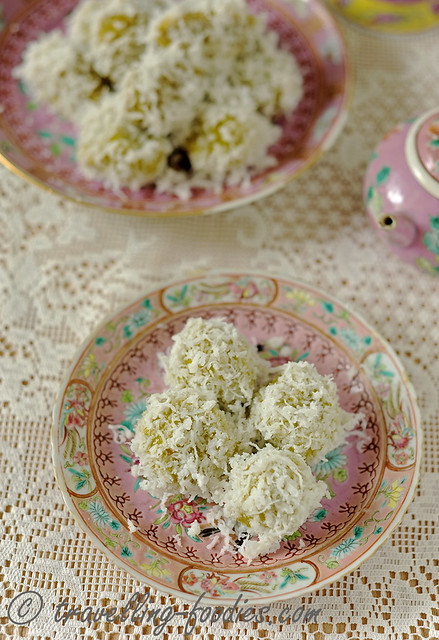 There are many kuehs which we grew up eating and enjoying, often not just because they taste good but also the other dimensions of the gastronomic experience that surpass that from just the palate that makes each bite memorable. Like lapis sagu or kueh lapis beras, which can be made more fun by peeling the kueh layer by layer, or in the case of ondeh ondeh, the sheer joy one receives as every one of these sticky and chewy balls explodes with each mouthful to unleash an avalanche of sweet and savory juices from within…
END_OF_DOCUMENT_TOKEN_TO_BE_REPLACED 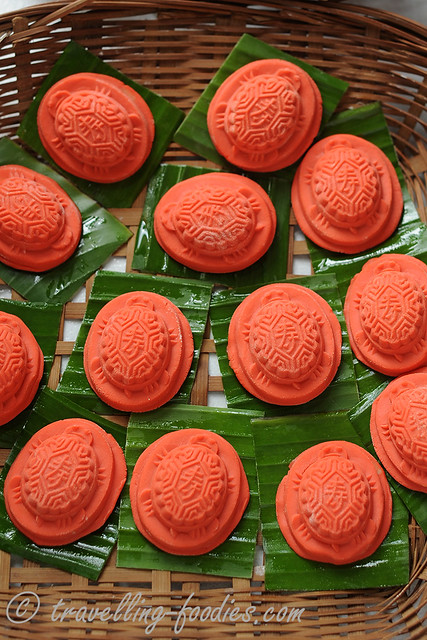 END_OF_DOCUMENT_TOKEN_TO_BE_REPLACED

Bubur Cha Cha or “Bubor Cha Cheir” as it is known to some Peranakans, is a dessert soup which comes close to heart for my family. My mum loved it immensely and made it often enough for us to develop a liking for it as well since young. It is a chuchi mulot which she would exercise her creativity in the ingredients to be added depending on the amount of time she had at hand and of course what we loved to eat. Kept minimalistic, it would simply be just a sweet coconut milk broth base with diced kledek (sweet potato) and keladi (taro) cooked in it. More elaborated, an assortment of other “accessories” like bijik sagu kechik (small sago pearls), and legumes like kacang merah (red beans), kacang ijo (green beans) or kacang mata itam (black-eyed peas) can be cooked separated and added. Our favorite condiment must surely be sagu gunting, chewy morsels made from either sago flour or tapioca flour that look like gems sparkling in a pool of ingredients coated with a riot of psychedelic colours. Sometimes fruits will be added, mostly pisang (bananas), occasionally nangka (jackfruit) or even cempedak, and of course whenever it is in season, durian!
END_OF_DOCUMENT_TOKEN_TO_BE_REPLACED

九份 Jiu Fen (or sometimes scripted as “Jiou Fen“) is a small township perched on the hilly terrains of north-eastern Taiwan. Together with 金瓜石 Jin Gua Shi, 十分 Shi Fen, 瑞芳 Rui Fang and 金山 Jin Shan, Jiu Fen was an important gold mining area more than a century ago. But as the yield decreased over time, the mining activity dwindled and eventually came to a halt. The town quieten down and became mostly forgotten for more than a decade, until 《悲情城市》, a movie set in Jiu Fen by renowned Taiwanese director 侯孝贤 Hou Hsiao-Hsien brought to it the curious crowd from Taipei and other parts of the island state. Even then, more than 20 years has since passed and even 《悲情城市》 too has become forgotten. But the movie left behind for Jiu Fen a tourism legacy. Till today, the small town is packed with local visitors and foreign tourists every weekend. Folks flock here for the fresh mountain air, the scenie view of Keelung Fishery Port and of course, a wide selection of local delights which Jiu Fen is well known for, including草仔粿 mugwort glutinous rice cakes from  阿蘭草仔粿, 鳳梨酥 pineapple cakes from 李儀餅店 and of course the infamous 九份芋圓 Jiu Fen Taro Balls.
END_OF_DOCUMENT_TOKEN_TO_BE_REPLACED

Ondeh Ondeh is a traditional “kueh” which many of us grew up snacking. I remember first having it in primary school during recess time at the school canteen which we called “tuckshop” then. The “makan melayu” food stall, operated by an old Malay couple sold mainly local Malay delights like nasi lemak and lotong. But my eyes are always glued to the assortment of homemade”kuih muih” in psychedelic colours, almost a dozen of varieties that rotated down the week, with 2-3 types available daily. Most of my classmates and friends love to buy their kueh lapis beras, and for obvious reasons. They would peel and eat them by the layer, just like what we would do at home with my mum and sister. While I love to eat their kuehs, it was more of an indulgence rather than a necessity, given the limited amount of pocket money we had. But I’d always looked forward to the day when mee rebus was on the “Special of the Day” menu, because I know that one of my favorite kuehs would also be available, and that is of course, ondeh ondeh.
END_OF_DOCUMENT_TOKEN_TO_BE_REPLACED