I used to live along Upper Serangoon Road near the old Lim Tua Tow Market where there was lots of good and cheap hawker food around. Those were the days when our area were the only HDB blocks around and the vicinity was just nothing but a Teochew cemetery. Serangoon Central came later and NEX Shopping Mall didn’t even appear until 20 years had passed. The crocodile farm was still around and Upper Serangoon Shopping Centre was not a ghost town like today. Down my old block there used to be quite a good wanton mee stall, operated single-handedly by a middle-aged lady whom we refer to as the “wanton mee auntie”. Our favorites were her 鳳爪麵 “fung zau meen” with succulently braised chicken feet, that my mother forbade us from enjoying as it was believed that eating chicken feet during one’s pre-pubescent years can result in trembling hands and thus ugly handwriting.  We ate nonetheless, secretly buying from the “wanton mee auntie” of course, telling her they were for my mum! So yummy! How to resist!? For us, wanton mee auntie’s 鮮蝦水餃 sin har shuei gau was something special as well. It was a time when 1.50 can get you a bowl of springy egg noodles in yummy soup along with three plump shuei gau and an additional 50 cents can get you two more. Long gone are the days of cheap and affordable hawker food of course, and long gone are the days of authentically cooked hawker food as well…
END_OF_DOCUMENT_TOKEN_TO_BE_REPLACED 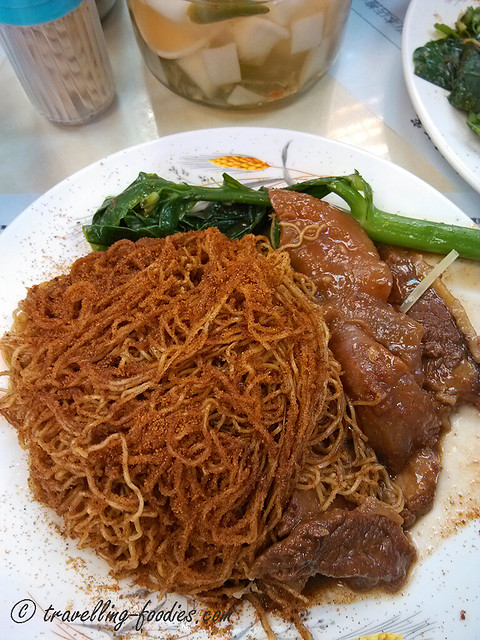