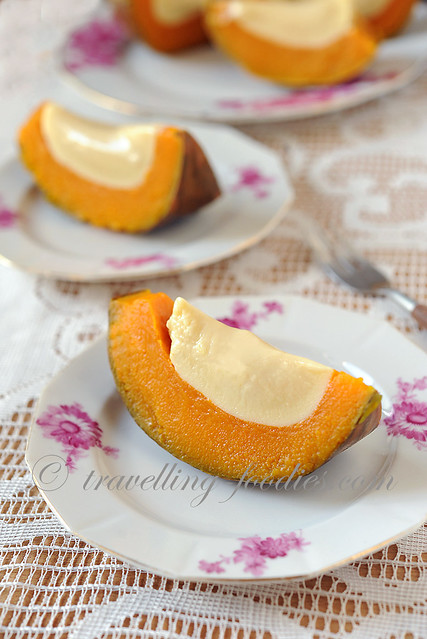 I love Thai desserts. Their use of coconut milk or cream as well as pandan is pretty much like what we have here at home and is totally up my alley! In fact, many of the Thai desserts are very similar in shape and form to our own kuehs and desserts here far south and it is not difficult to imagine that all of them probably share the same origins! Khanom chan is like our kueh lapis beras or lapis sagu while lod chong is quite similar to our chendol. And of course there are other signatures like tub tim krob and mango sticky rice which are so immensely popular. So it is no wonder that we take to Thai desserts very easily. Of all the Thai desserts I have tried, I have a particular affinity for สังขยาฟักทอง Sangkhaya Fak Thong which is essentially a coconut milk custard steamed in a pumpkin. So so yummy…
END_OF_DOCUMENT_TOKEN_TO_BE_REPLACED