I don’t usually celebrate Thanksgiving. Was chatting with a good friend, Catherine on Tuesday about pineapples (yes, not the kinda thing you taught to your good friends about I know) and we went on talking about Thanksgiving two days later (which is today by the way!). Wanting to feel a bit more festive, I decide to deck out some of my Le Creuset dutch ovens for a simple Asian-themed Thanksgiving lunch!
END_OF_DOCUMENT_TOKEN_TO_BE_REPLACED

There are some dishes which I cook over and over again for my daily meals. Some of these are purely out of simplicity, allowing the laziness in me to take over, so that I don’t have to think to much or fuss over what to have for a weekday lunch. But some of these dishes are revisited over and over again because of the memories they carry. Many of these are comfort foods, dishes which I’d been eating all these years since young when my mother was still around. And now that she is gone, these dishes invoke a profound sense of nostalgia，reminiscent of the times we’d spent together cooking, the sights and sounds, not forgetting smells from our small kitchen. Thankfully over the years of cooking together, I’d learnt from her and consolidated a small but decent repertoire of dishes which we’d prepared together and enjoyed tremendously, dishes which I cook over and over again, archiving the flavours and fueling memories…
END_OF_DOCUMENT_TOKEN_TO_BE_REPLACED

Mention squid ink infused food and Mediterranean dishes like the Venetian Pasta al Nero di Seppia from Italy or the Catalan-Valencian Arròs negre from Spain immediate comes to mind for many of us. Lesser known to most is Sotong Masak Hitam, a classic dish from Malay cuisine which also celebrates the use of squid ink which lends the dish its dramatic appeal and subtle flavours of the sea. This dish is also a favorite amongst many Peranakans who spell it as “Sotong Masak Itam” instead, though like Rendang, remains a peripheral and never really properly assimilated into Baba-Nyonya cuisine proper. Not by definition of Straits Chinese cooking for most at least. It is nonetheless enjoyed by many, Malays, Peranakans and even Chinese alike, for its piquant flavours make this dish all the more moreish.
END_OF_DOCUMENT_TOKEN_TO_BE_REPLACED 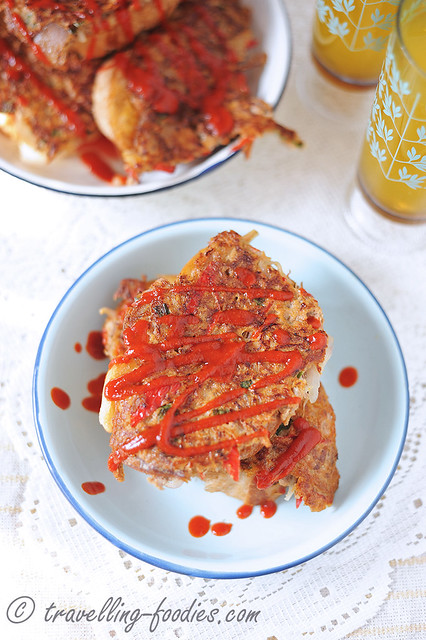 My dad bought home another loaf of roti peranchis aka “jiam tao lor dee” thinking that there would still be leftovers of the delicious kari ayam cooked from Madam Goh Kim Gek’s wonderful recipe.  Well, there was probably like 2-3 pieces of potato, a few morsels of chicken and barely half a bowl of kuah left. Yes most of it has been savoured and devoured over the first loaf, not to mention the bee hoon puteh goreng which he cooked himself for dinner the night before to enjoy together with the curry chicken. If only I’d cooked a bigger pot. I promised him I’ll do so next time as he enjoyed the kari ayam tremendously. What to do with the leftover roti peranchis then? Good to make some Roti John with it!
END_OF_DOCUMENT_TOKEN_TO_BE_REPLACED 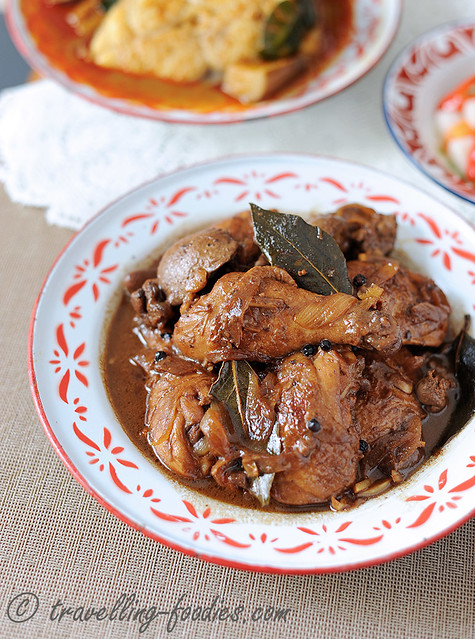 END_OF_DOCUMENT_TOKEN_TO_BE_REPLACED

One of my earliest experience with Thai food is probably Pad Thai, together with the other quintessential “must-orders” for anyone venturing into Thai cuisine, like Tom Yum Goong and Pineapple Fried Rice. Every street hawker does Pad Thai a bit differently from the other. Slight nuances in the ingredients used, the proportion of condiments, even down to the sequence of adding the ingredients, e.g. when to crack the egg etc. could alter the taste and texture of the dish completely. But they are all quite delicious. Well, most of them are at least. To date, this popular street food which brings together three important ingredients commonly used in Thai cooking, i.e. palm sugar, tamarind pulp and fish sauce, remains one of my favorites, being sweet, sour and savory all at the same time.
END_OF_DOCUMENT_TOKEN_TO_BE_REPLACED

The food culture in Tokyo was also quite intriguing. We are accustomed to buying canned drinks and occasionally packets of snacks or snicker bars from vending machines over here. Yet in Japan, practically everything, from a fresh organically grown apple, to a hentai soiled panty could be peddled in vending machines! More commonly, vending machines in Tokyo serve a greater purpose. One could order a meal through vending machines placed outside an F&B establishment, and customise everything in accordance to one’s preference from adding of toppings on a ramen, ordering an additional side dish, to upgrading a miso jiru to a ton jiru that goes with the 牛丼 Gyudon. This saves the hassle of the already busy shop staff who could now concentrate on handling the food and not the money!
END_OF_DOCUMENT_TOKEN_TO_BE_REPLACED

This month’s MFF brings us to Sabah, the Land Below the Wind. Admittedly, I do not know anything about Sabah nor its culinary heritage. So I guess its going to be a month of “copycating” around. While searching for over the internet for interesting Sabahan dishes to prepare, I came across Hinava, a raw fish salad made with few other items, and mostly readily available at hand. It seems that simplicity in ingredients and technique is an ideology perpetuated in Sabahan cuisine. While some may dub it as being primitive and unsophisticated, I choose to think that the minimalistic approach actually maximises the experience of the true flavours of each ingredient. Less is more.
END_OF_DOCUMENT_TOKEN_TO_BE_REPLACED

A very no-frills meal to prepare at home when I run out of ideas to cook. The preparation + cooking time is about 30 min!

Ingredients are very simple too!

(1) Pasta elbows aka “macaroni” in this part of the world we live in. The amount can be varied according to the size of the baking dish, one’s dietary needs and most importantly, one’s appetite!