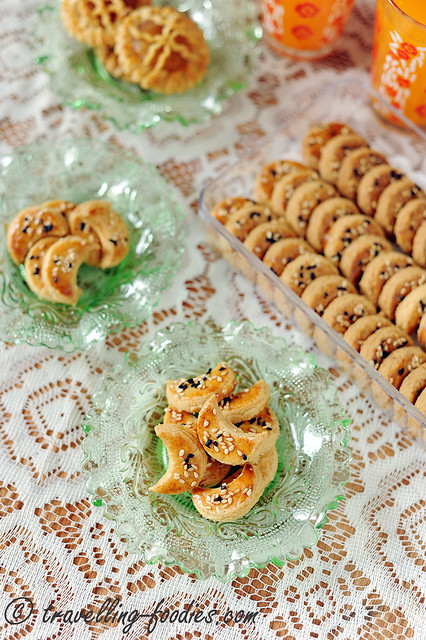 Chinese New Year is barely 2 weeks awauleft and there is still so much to be done! Not started on spring cleaning yet and I’d planned a whole list of CNY goodies to bake but it looks like some of them have to be shelved to 2017! I saw folks baking these salted egg yolk cookies 2 years back and gotten round to bake a really small batch of them (half recipe) last year. They were really melt-in-the-mouth but at the same time really fragile to handle. I guess that kinda stopped me from baking them again last year. Just last week, a friend, Cecilia brought up the topic of these salted egg yolk cookies again, for she too faced the same problem of the dough being too soft to handle and also the final product being really crumbly and difficult to store without some “casualties”, e.g. broken pieces. Not really a nice thing to gift someone broken cookies and crumbs yeah? That prompted me to look into the recipe again and true enough, it can be easily re-written to make the cookies much easier to handle yet without losing the coveted melt-in-the-mouth texture. Read on to find out how…