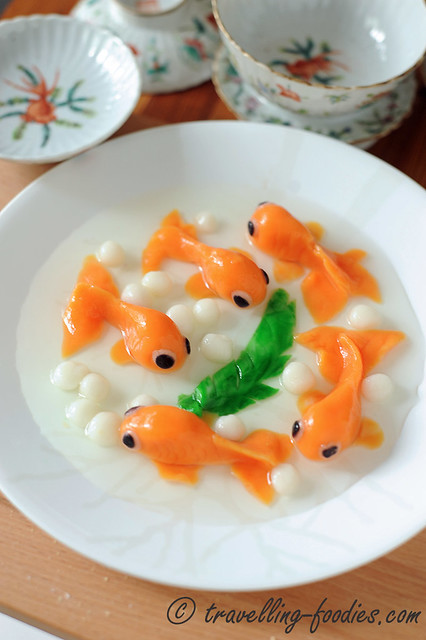 As I’d mentioned in the recent Tang Chek 2014 post, there had been quite a number of cutesy looking 汤圆 tang yuan versions popping up over the internet of late. Several designs caught my eye actually and had wanted to try making this holidays. There is the panda face, rilakkuma face, chubby sealions  etc. There are so many to do and so little time! I tried the panda face ones yesterday and it turned out quite well. So I decided to try my hands on some goldfish looking glutinous rice dumplings, something which I’d always wanted to do!
END_OF_DOCUMENT_TOKEN_TO_BE_REPLACED 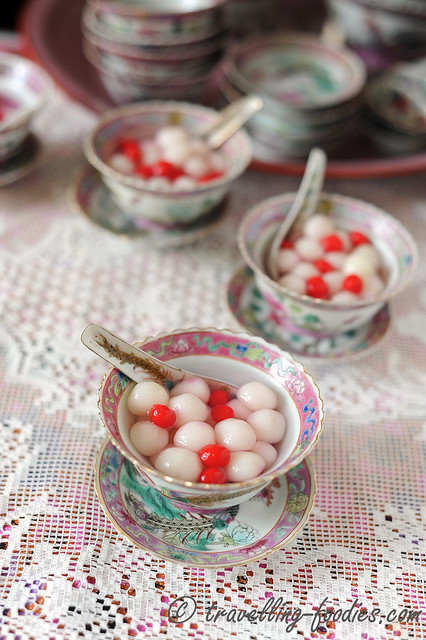 Yes it is that time of the year again to golek some kueh ee. A year went by just like this and we have all become a year older, and hopefully wiser. As the holiday season arrives, mood relaxes as one winds down for a period of festivities and celebrations, as it is just a couple more days to Christmas and shortly after, the New Year. Like what was mentioned during last year’s Tang Chek, the coming of Winter Solstice marks the beginning of the spring cleaning and preparatory work that leads up to the Lunar New Year. So its time to get busy as well!
END_OF_DOCUMENT_TOKEN_TO_BE_REPLACED

For the Chinese in the past, the Winter Solstice marks the arrival of winter proper, falling on either 21st or 22nd of December every year. It is an important day in the lunar calendar and for some, even more so than Chinese New Year itself. Despite being in the tropical Malay Archipelago which knows no seasons, Peranakans from the region stretching from Thailand, to Malaysia, Singapore and all the way down to Indonesia celebrate this important day as “Tang Chek” (“冬至” in Hokkien) with worship and good food. Tang Chek also marks the beginning of a two-month long process of preparatory work which leads up to Chinese New Year （Taon Baru Cina) itself, ending the festivities on Chap Goh Meh (“十五眠” in Hokkien） which mean literally the 15th day of the 1st lunar month.