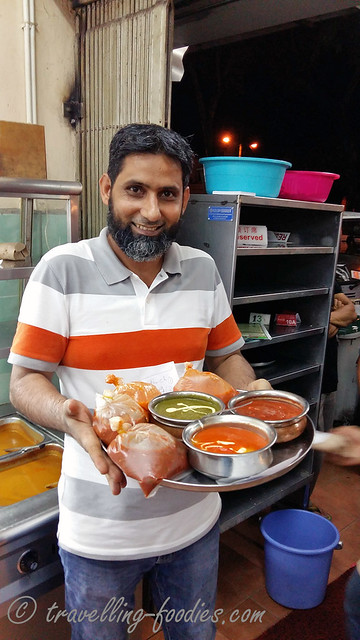 There are lots of interesting eating places in Melaka apart from those that serve Peranakan cuisine. Like the Chinese braised duck noodles and really good “hum jeen pheang” I had recently in Tengkera nearer to Limbongan, as well as uber fresh cockles and clams at Taman Merdeka Batu Berendam. While many of these require a bit of traveling away from Melaka Central and thus often out of the tourist radar, some of these places which have really good food are right smack in town just minutes away from the bustling shopping districts, like Sun May Hiong Satay House in Kota Laksamana, as well as Pak Putra which many purportedly serve the best naan and tandoori chicken in all Malaysia! 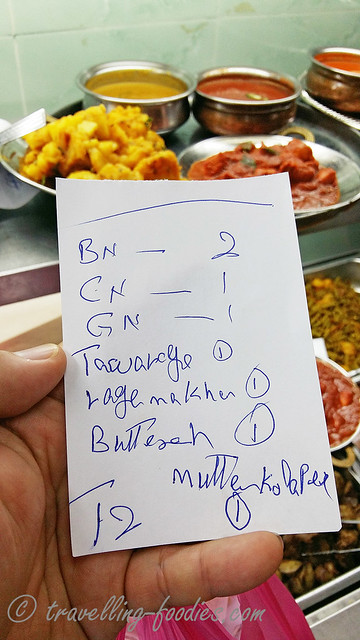 The menu at Pak Putra is pretty extensive, apart from the different types of naans and tandoori chicken available, there is also a good selection of vegetables, meats and seafood cooked in various styles, i.e. makhanis, roganjoshes, kolhapuris etc… 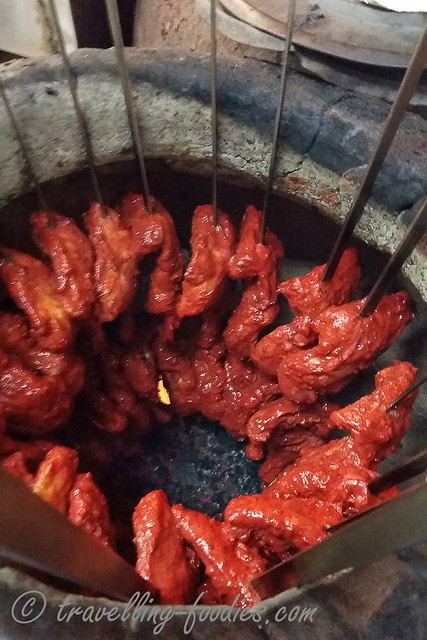 While the other dishes are cooked in the kitchen at the back of the restaurant, the naans and tandoori chicken are prepared  using two deep earthen tandoori ovens placed right outside the shop. Here’s a freshly marinated batch of chicken that just went into the oven. I would recommend the drumstick portion over the breast meat ones as the former tends to retain the meat juices better and is thus more succulent.

And here’s a short clip I told of the naan making process at Pak Putra. Their business is so good I hadn’t seen them stop making naans the whole time we were there. The place was perpetually crowded both inside and outside of the restaurant, with the tables full of diners, some eating some waiting for their food and many just standing around waiting for a table. Be prepared to wait, even to pay for your food at the end of the meal. 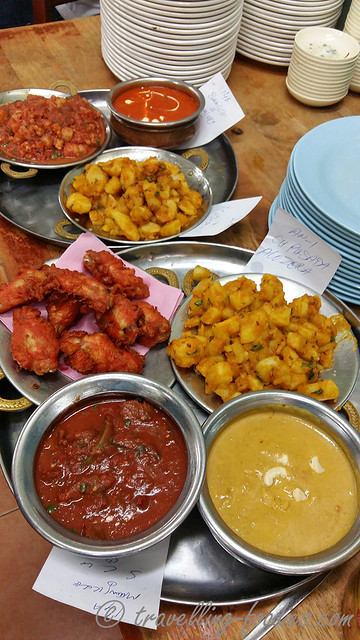 A quick shot of the dishes waiting to be served to the hungry diners waiting eagerly for their food. Potato Zeera is apparently very popular as well, as it appeared in practically every order when we were there. Shall try that next time! 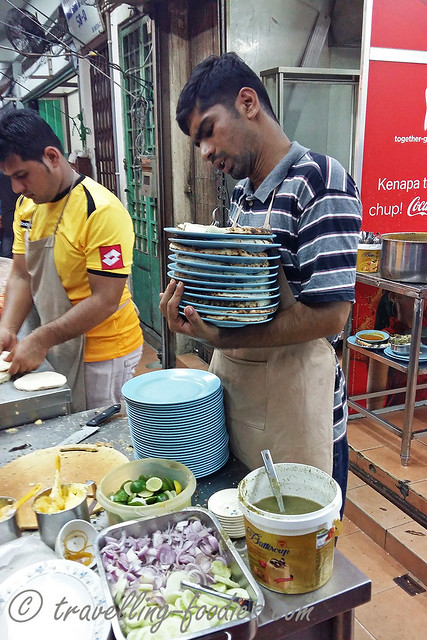 A quick count of the number of plates of naan piled up before sending them to the tables… The staff here operate with clockwork precision to ensure that the orders are churned out as soon as possible. Yet, one should still expect to wait a little, especially during the peak hours like the 6 pm to 8.30 pm stretch. 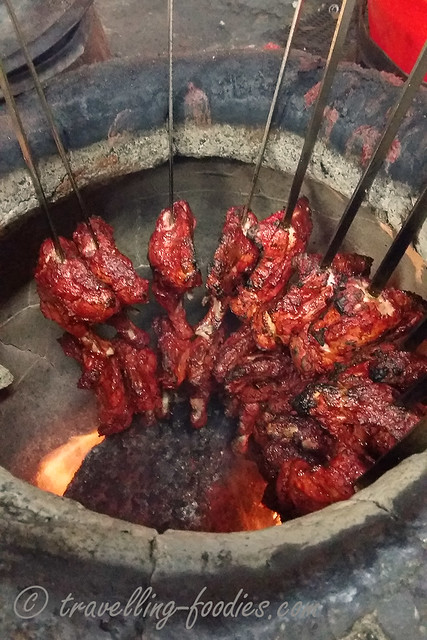 And as we are finished with the photo taking, our tandoori chicken was also ready, fresh and piping hot from the oven! Despite being so busy and crowded, they are rather efficient I must say.

A few quick words of advice when you dine at Pak Putra, i.e. (1) try to go as early as possible (before 5.30 pm) or as late as possible (after 9 pm) if you want to avoid having to wait for too long for a table and your food.

(2) Order their variety of naans to share and sample. They have the standard ones like butter, garlic and cheese, as well more interesting concoctions like potato naan and “Jason naan” which have quite substantial amount of filling within and are a meal on their own.

(3) For the tandoori chicken, request for the drumstick portion which is more yummy IMHO.

(4) Go as a larger group so that a greater variety of dishes can be ordered and shared around. Most of the dishes are quite well spiced and heavy handed in flavouring which makes them ideal to go with naan or even rice.

(5) And always eat the naan and tandoori chicken there and then while they are still freshly made. Don’t succumb to takeaways even when the place is crowded and finding a table difficult whenever possible as they just don’t taste as good anymore. Dining there also allows one to savour the goodness of the food, but more importantly to soak in the ambience of dining there. And most importantly,

(6) try to go on a Saturday late afternoon if possible as there is a pasar malam (evening bazaar) going on nearby in Taman Kota Laksamana as well. Go to the pasar malam first, which starts as early as 3-4 pm to savour some of the snacks that are being offered, like Baba Charlie’s popiah and ondeh ondeh, before heading to Pak Putra for the naan and tandoori experience.

This entry was posted on November 28, 2016 by Alan (travellingfoodies). It was filed under Food, Simple Eats and was tagged with melaka, naan, northern indian cuisine, pak putra, pakistani cuisine, tandoori.