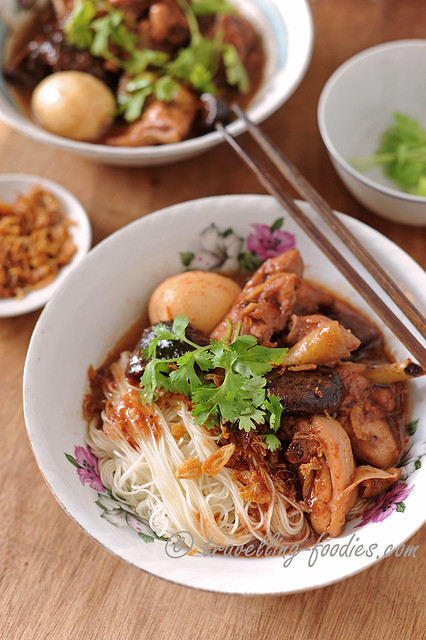 Yet another meal that is a result of a fridge clearing exercise, this time round, a bottle of anka paste which had been lying in the abyss of fridge since last year. I got this from my last Taiwan trip and havent gotten round to use it yet. Thank goodness it hasn’t expired yet! Ang Jiu Chicken Mee Sua for dinner, it shall be! 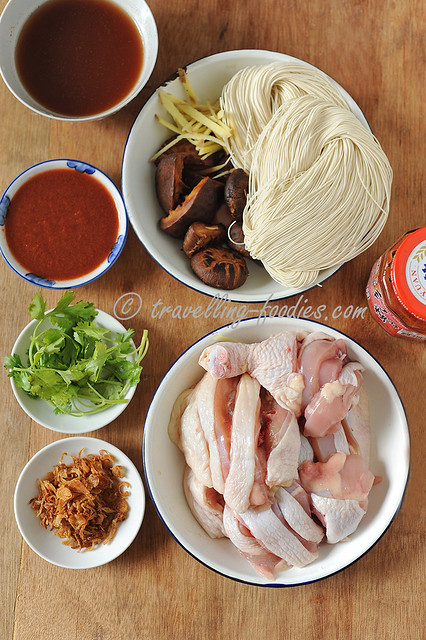 The ingredients for cooking this Foochow aka Hock Chiew dish is really simple. I’m using a recipe that I’d cooked it several times after 2013 and still love the taste a lot. Only thing is this time round, I no longer have the homemade red yeast wine and lees like I’d used to, I’m using the regular mee sua which is thinner compared to the ones from Setiawan and I’d added Chinese mushrooms during the brief stewing as well! 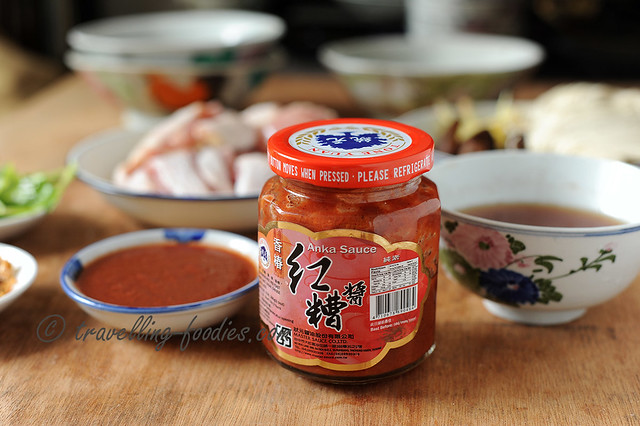 And this is what the bottle of anka from Taiwan looks like. It has 香椿 added as well which means that it would likely to be more salty than what one would have expected. Have to go easy on the salt and other flavourings… 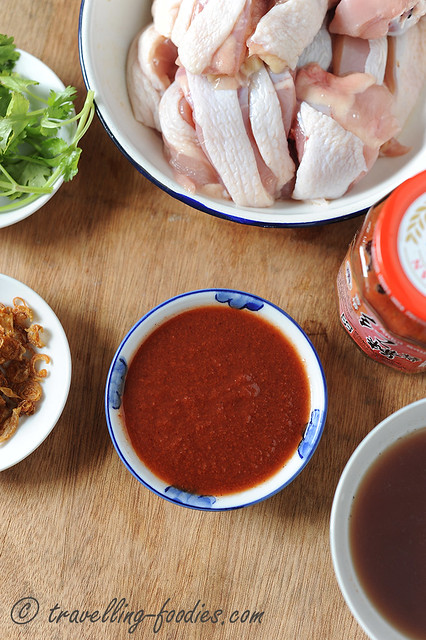 And this is what the contents look like, all mashed up to release the flavours but it is not as heady with alcohol or just as aromatic. Nothing beats homemade! Gotta go pester for another batch for this and next year! 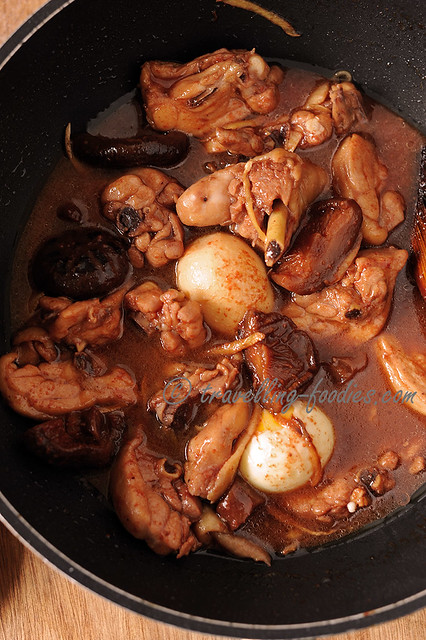 Method
In a heated wok, add sesame oil and sautee the ginger strips until nice, dried and aromatic.
Add chopped chicken chunks and pan fry them to render some fat into the oils. Fry until the skin begins to turn slightly brown.
Add anka sauce and soaked Chinese mushrooms.
Stir fry slightly to coat the chicken chunks uniformly with the reddish sauce.
Add mushroom soaking liquids and top up with more water if necessary. The chicken chunks should be at least 3/4 covered with liquids. Add hardboiled eggs at this moment as well. Simmer for 5-8 min, stirring periodically.
Remove lid but continue heating to reduce the liquids considerably, about 15-20 min under medium high heat.
Pour in the wine and give everything a good toss.
Ladle chicken and sauce over a bowl of cooked mee sua.
Top with coriander leaves and fried shallot bits.
Enjoy !!! 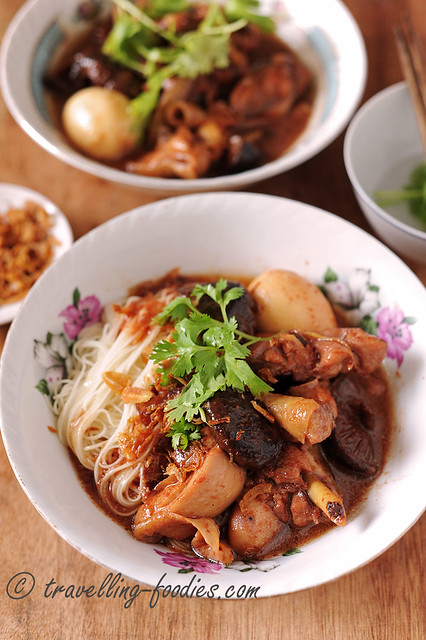 This entry was posted on October 27, 2016 by Alan (travellingfoodies). It was filed under Food, Simple Eats and was tagged with anka chicken, anka sauce, foochow cuisine, hockchiew cuisine, mee suah, meesua.