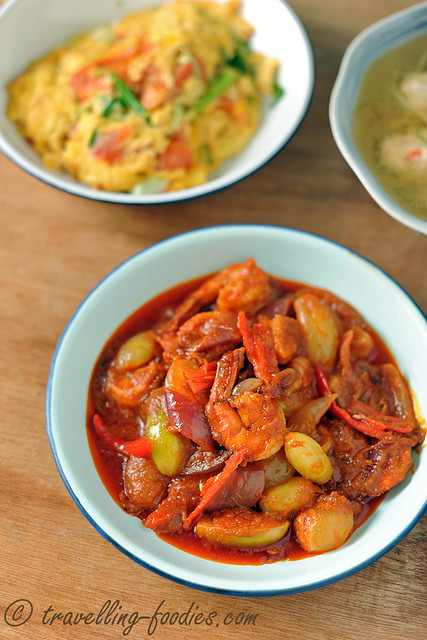 We enjoy homecooked food a lot. And because of that, we enjoy cooking at home a lot. What seemed to be a chore in the past, helping my mum wash the vegetables, cut the ingredients, tumbok the rempah in the past became what I missed the most now that mum is no longer with us. The dishes are usually very simple, spanning across a good range of Peranakan fare, not forgetting dishes from Chinese cuisine which she’d learnt from my grandmothers, our neighbours, her colleagues-turned friends at work, our old neighbours, and even from the vegetable sellers, fishmongers, butchers and hawkers from whom she will steal a recipe or cooking tip from. From them, she expanded her culinary repertoire that stretched across other cuisines to cook dishes from these dialectal groups when she didn’t even know how to speak those tongues! Amazing how fast and effortless it was for her to learn new dishes, sometimes indirectly from just tasting it once or twice would she be able to decode the recipe or figure out the cooking methods. Those were the days when experimentation was the fun thing to do and authenticity was never a question in mind. 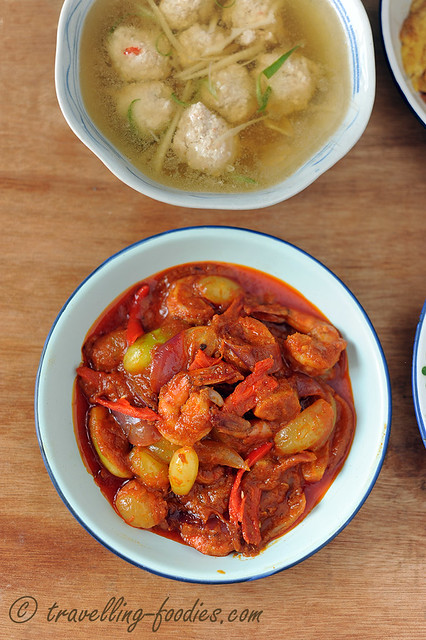 One thing she always did was to stock up on her rempah, which she would make in large batches and then freeze them in individual small cooking portions. It is a trick which I inherited from her as well, which makes cooking a breeze. This became the generic rempah which I have shared across several recipes on this blog, bearing testament to the versatility and convenience it brings whenever one needs to whip up quick dishes. The frozen rempah doesn’t even have to be completely thawed before using. It is that convenient. 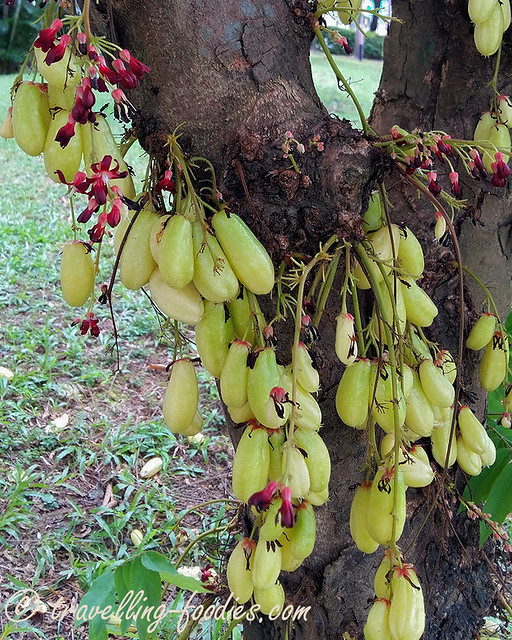 I am blessed to have some belimbing trees in my estate that bore yellow fruits, a different variety from the usual green ones we commonly see. Nonetheless these fruits are no less useful as a substitute for asam jawa or asam gelugor in dishes to provide that much-loved sourish edge that goes so well with the spiciness from the rempahs. The trees are laden with fruits again just around CNY so it makes good sense to whip up a dish or two to celebrate the bumper harvest one gets from these trees. Sambal Udang Belimbing is the perfect quick stir fry they are good for! 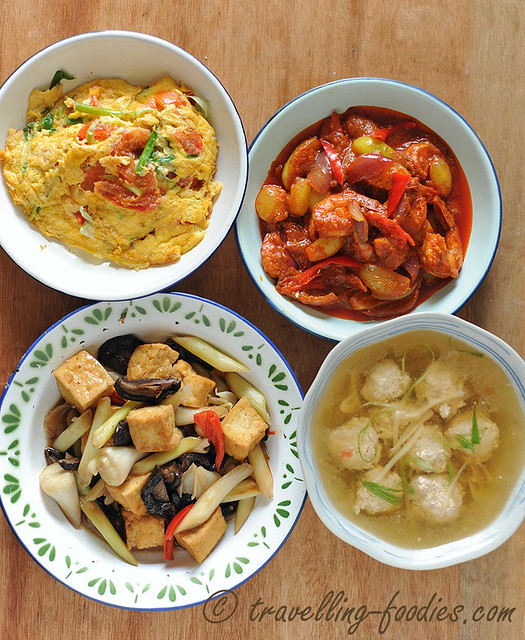 And this was lunch just a couple of days back with sambal udang belimbing, pong tauhu which was the kuah de facto of the day. The other dishes are basically part of the “post CNY fridge clearing exercise” which is still ongoing, no thanks to the overstocking of ingredients for the festive period. Kiasu us tend to overbuy and pack our fridges to the brim. So that meant a lot of “clearing up” to do now that all these fanatic CNY feasting is finally coming to an end. A simple chinese leek and fried firm beancurd stirfry, alongside a really fast tomato omelette to complete the meal! 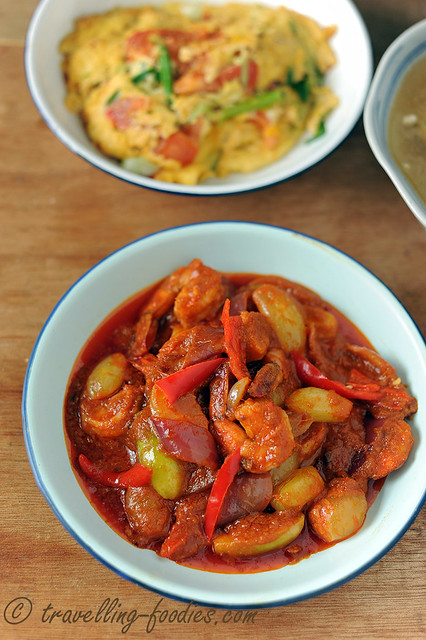 I’d cooked Sambal Udang Belimbing countless times by now. Whenever the buah belimbing are of good harvest and really to be “petek“. I alternate between several versions, sometimes with additional ingredients like ikan bilis, petai or tempeh added, sometimes just kept simple with just rempah, belimbing and prawns taking centrestage. Sometimes which I prefer something richer and more indulging, I would cook the “masak lemak” which has santan aka coconut milk incorporated. Otherwise if its the tangy and sharp flavours I am after, it will be just the sambal version. 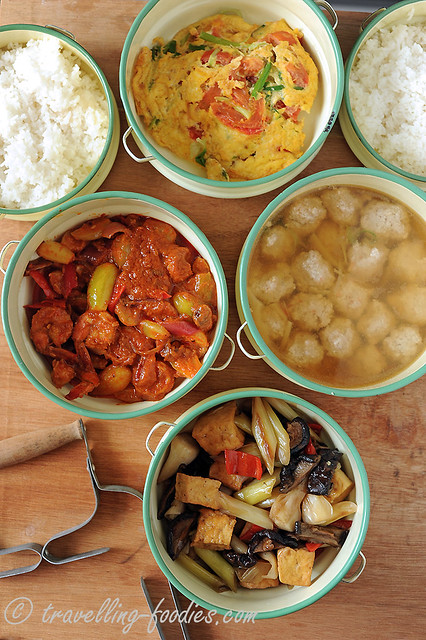 And nothing beats sharing the lunch with friends. Packed the lunch dishes and soup in a vintage tengkat (tiffin carrier) and they are just ready to go! Maybe I should start a luncheon tingkat service in future!

In heated wok, add cooking oil and saute chunked onions until soft and translucent.
Add generic rempah and stir-fry until fragrant.
Add halved buah belimbing and stir fry for 10-15 seconds or so before adding water or prawn stock, salt and sugar.
Stir fry until the buah belimbing softens slightly which is very fast.
Reduce the liquids until almost to the right consistency.
When the buah belimbing and other ingredients are well-cooked, toss in all the processed prawns and sliced chilies.
Stir-fry for about 30-45 seconds until the prawns turn pink and are just starting to curl up. Do not overcook the prawns.
Dish up and serve immediately with other dishes.

This entry was posted on February 22, 2016 by Alan (travellingfoodies). It was filed under General and was tagged with Baba, belimbing, belimbing buluh, malay, Nyonya, Peranakan, prawn, sambal, sambal udang belimbing, straits chinese, udang.