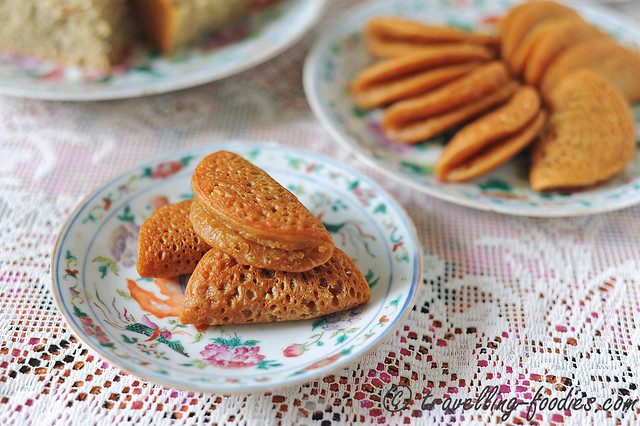 A short post to document an experiment as I was trying out a recipe for the Peranakan version of “apom balek“. Unlike the crispy and thin “apam balik” we typically see at the Malay food stalls in pasar malams, or the thick Chinese version called “min chiang kueh” we eat for breakfast, this version favoured by the Peranakans in Malacca and Singapore are much smaller and more dainty. Despite using the same mould, I don’t make apom balek as often as I do for apom berkuah, simply because I very much prefer the latter, especially with the irresistible kuah pengat pisang to go along.  Nonetheless, I feel I do need to practice making this kueh which is important in many aspects of the Peranakan culture. So on goes with the experiment! 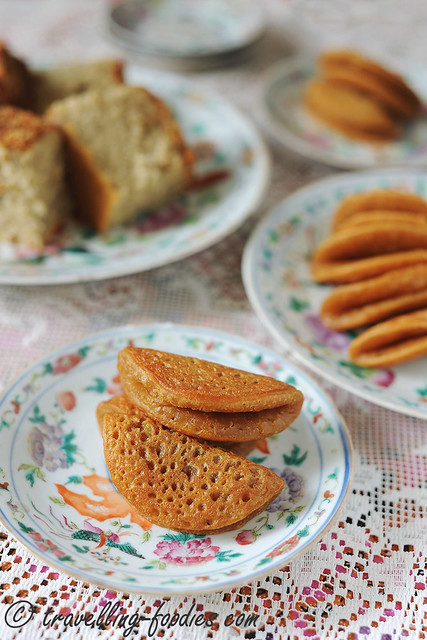 Apom balek is a traditional Peranakan snack, or what is traditionally called “kueh chuchi mulot embok embok“. It is an important kueh in a traditional Straits Chinese wedding, served alongside kueh dadar, pulot serikaya, ondeh ondeh, pisang goreng and many others suited for the joyous occasion. I was also told that apom balek may be served as a snack for folks who attend funeral wakes as well, alongside kueh genggang biru, putu tegair and other kuehs. So basically, its versatility justifies its importance in the Peranakan culinary culture. 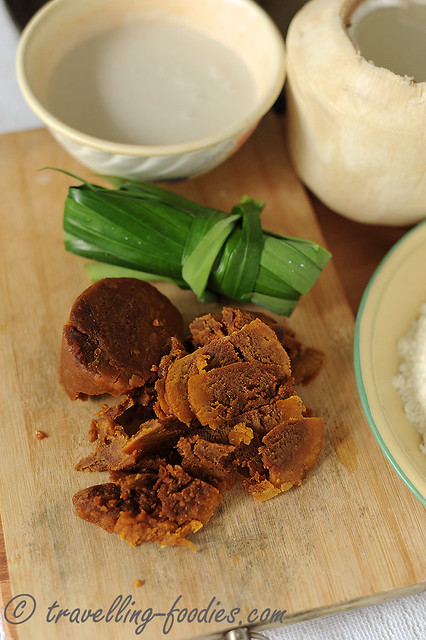 The ingredients are very simple for apom balek, but all play pivot roles in ensuring a good kueh. First of all is the quality of the gula melaka used. Apom balek is in essence, a celebration of the use of gula melaka in traditional kueh chuchi mulot as well as its marriage with santan, a common combination we see in so many other kuehs as well as the all-time favorite, pengat. 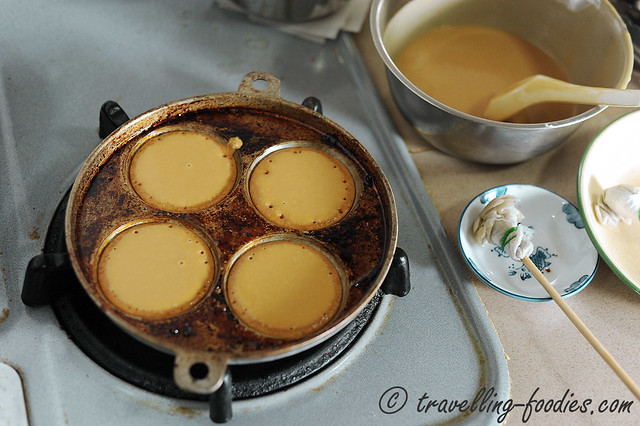 An old trick which I’d picked up recently from an encik at a friend’s relative’s funeral was to let the apom balek batter sit for an hour or two before using. It didn’t occur for me to do that but now in retrospect it all made perfect sense! Sitting the batter allows time for the flour components to thoroughly absorb the moisture from the wet ingredients, in this case, the coconut milk and gula melaka syrup. This is the same trick that is used in French pastry making as well, especially for petit four secs like madeleines, caneles or frangipane. This ensures a more homogenised batter for soft and fluffy apom balek.

I made a blooper during the preparation of the batter as I did not allow the gula melaka syrup which was dissolved in coconut water to cool down sufficiently to room temperature before combining it with the mixture of dry ingredients. The residual heat may have activated the baking powder prematurely. The apom balek did not rise  as much as I’d hoped them to be and the kuehs could have been more fluffy indeed.

Nonetheless, the experience gave me a chance to practice flame control which is very important in the making of apom balek. It proves to be more finicky than apom berkuah which posted lesser challenges seemingly. Or maybe I was just lucky. The surface of the apom baleks were also more pockmarked than usual, signalling higher working temperature than what is required perhaps, or there was too much residual oil in the mould cavities before pouring the batter in. These are things which I’d have to work on in future attempts. On a more positive note, I did managed to get some beautifully coloured apom balek, much better compared to my first attempt. 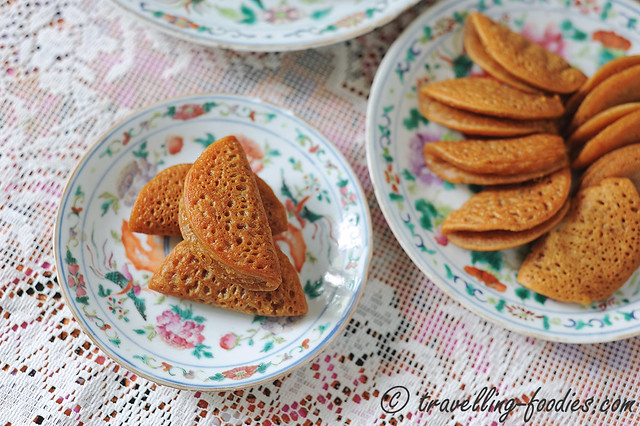 Not entirely happy with this batch of apom balek made. The quest for perfection goes on!