Penang is literally a food paradise! And for many, one of the main highlights of Penang cuisine is its street food. A walk down some of the roads and alleys in Penang and one would be easily led by the nose quite literally, to a hawker stall or two showcasing some of the finest which Penang has to offer. Many of these hawker stalls are not permanent fixtures within a certain kopitiam or kedai, but merely makeshift carts driven around by motorcycles they are attached to, as their “chefs on wheels” peddle their signature dishes from place to place. Seemingly nomadic but in fact, true Penang foodies are in the know of the precise whereabouts of some of these famous stalls, i.e. at a particular junction between a certain “Lorong” and a certain “Jalan” in the daytime, or at which corner of a particular “pasar malam” by night. It could be rojak, laksa, or hokkien mee, but one thing remains a common trait amongst these street food stalls. They rely not on media publicity to draw attention and create awareness on their existence, but solely by word of mouth, through folks who share their gastronomic experiences at these stalls to their relatives, who in turn told their friends, who in turn told their neighbours. Many of them have only one item on their menu, bearing sharp contrast to what hotel buffets and established restaurant joints boast about. But for that one thing they do, they do it best. 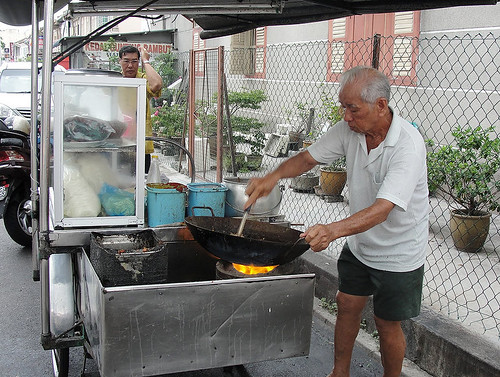 When asked about Penang’s street food fanfare,  many dishes would immediately comes to mind. But the one dish which is arguably the most popular for many is probably Char Koay Teow. Originally a Teochew dish, Penang Char Koay Teow is made up of delectable strands of dark flat rice noodles glistening in sauce and oil which thoroughly captivates the hearts of Penangites both young and old. Enjoyed throughout the day, be it for breakfast or supper, the rhythmic “cling clang” of the metal spatula against the Chinese kuali together with wafts of unmistakable aroma from good “wok hei” is altogether part of the gastronomic experience. Char Koay Teow used to be stir-fried over a charcoal fire, imparting much of that smokey flavours into the food itself. But very few folks still cling on to this practice and have since switched to a gas stove. Penang “Char Koay Teow” is different from Singapore “Char Kway Teow” in several ways. The former  includes chives and prawns, but does not have any hint of sweetness unlike Singapore Char Kway Teow which incorporates Kicap Manis in addition to dark soya sauce. Traditionally, duck egg is used in Penang Char Koay Teow for its much coveted creamy textures and probably more robust flavours. But duck egg is not a commonly available commodity unfortunately, so cooking it at home with chicken eggs is prefectly fine, as many street hawkers in Penang have switched to doing so anyway. Using large and good quality eggs from corn-fed chicken would be reasonably close I reckon. 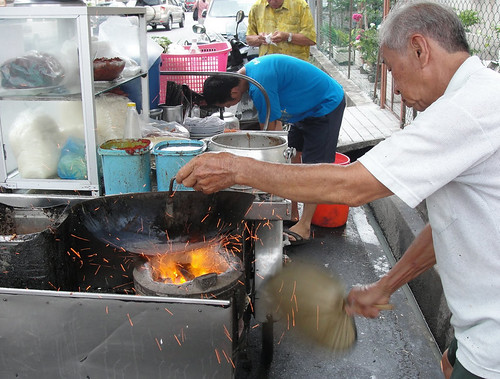 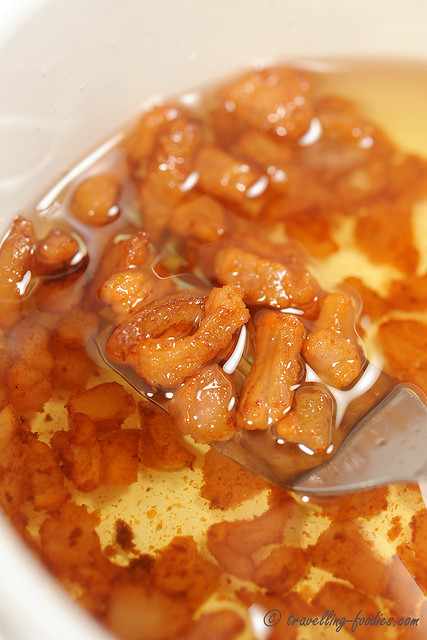 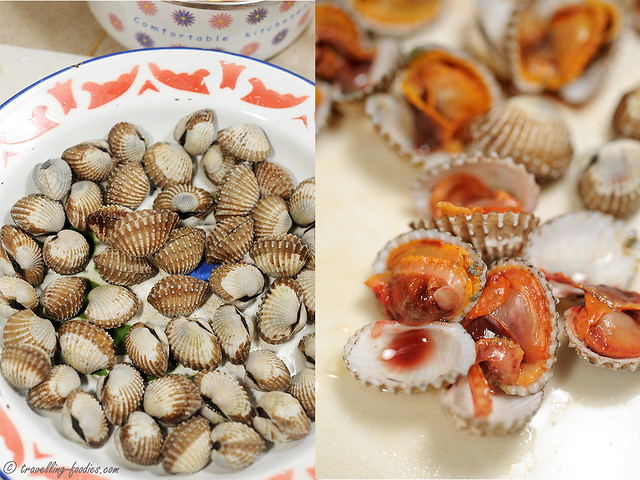 To make cili boh, simply soak dried red chilies in hot water until soften. Deseed if less heat is desired and blend or pound until a coarse paste is produced. Use as required and freeze the rest for later use.

For good char koay teow, one just needs to observe two important rules of thumb. The fire must be very strong and the procedure must be quick. As such, all the ingredients must be prepared in advance and condiments within hands’ reach. No time to open the fridge to get the beansprouts or run to the pantry for the soya sauce. It takes just a split second and a spatula stroke too much for the noodles to turn mushy so time control is really crucial.

Many ingredients are good-to-haves but the health-conscious may do without. Blood cockles and bak eu phok are quintessential in old school char koay teow but those with health concerns may decidedly give them a miss. Chili is also optional in char koay teow but many folks love a bit of heat in their own plates. As such, hawkers usually cook their own sambal, with many swearing by handed down secret recipes. For me, a good chili boh is good enough for the perk. Good Sambal made with Penang’s best belacan works very well too. 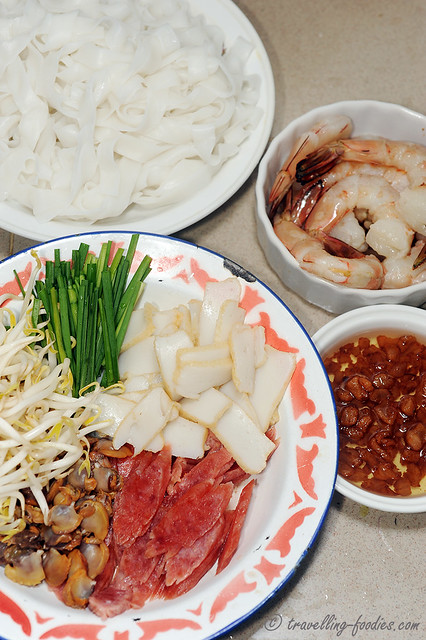 Char Koay Teow, together with other street-based food stalls draw crowds from both near and far, locals who remembered fondly how they had been “brought here by my parents to eat and become addicted when we were young and now in turn, I am bringing  my own children here now as well.”, while others swear by how awesome the dishes are proclaiming that “Nothing has changed. It still tastes exactly just like what I had twenty years back”. Many of these street food fanfare served not only to tingle the palate and fill the stomachs, but also to warm the hearts, bringing with them not just wafts of wonderful aroma, but also of nostalgia. Altogether, a walk down the alleys of Penang for these hawker delights from the yesteryears is not merely a search for good food, but a walk down memory lane as well, as the familiar flavours not only linger between the teeth and palate, but also deep within our hearts. 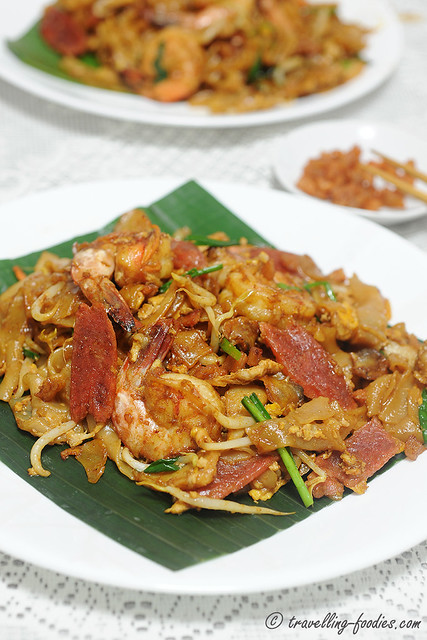 I am submitting this post to Malaysian Food Fest, Penang Month hosted by Alan of Travellingfoodies